Where to Find South Carolina’s Wild Side 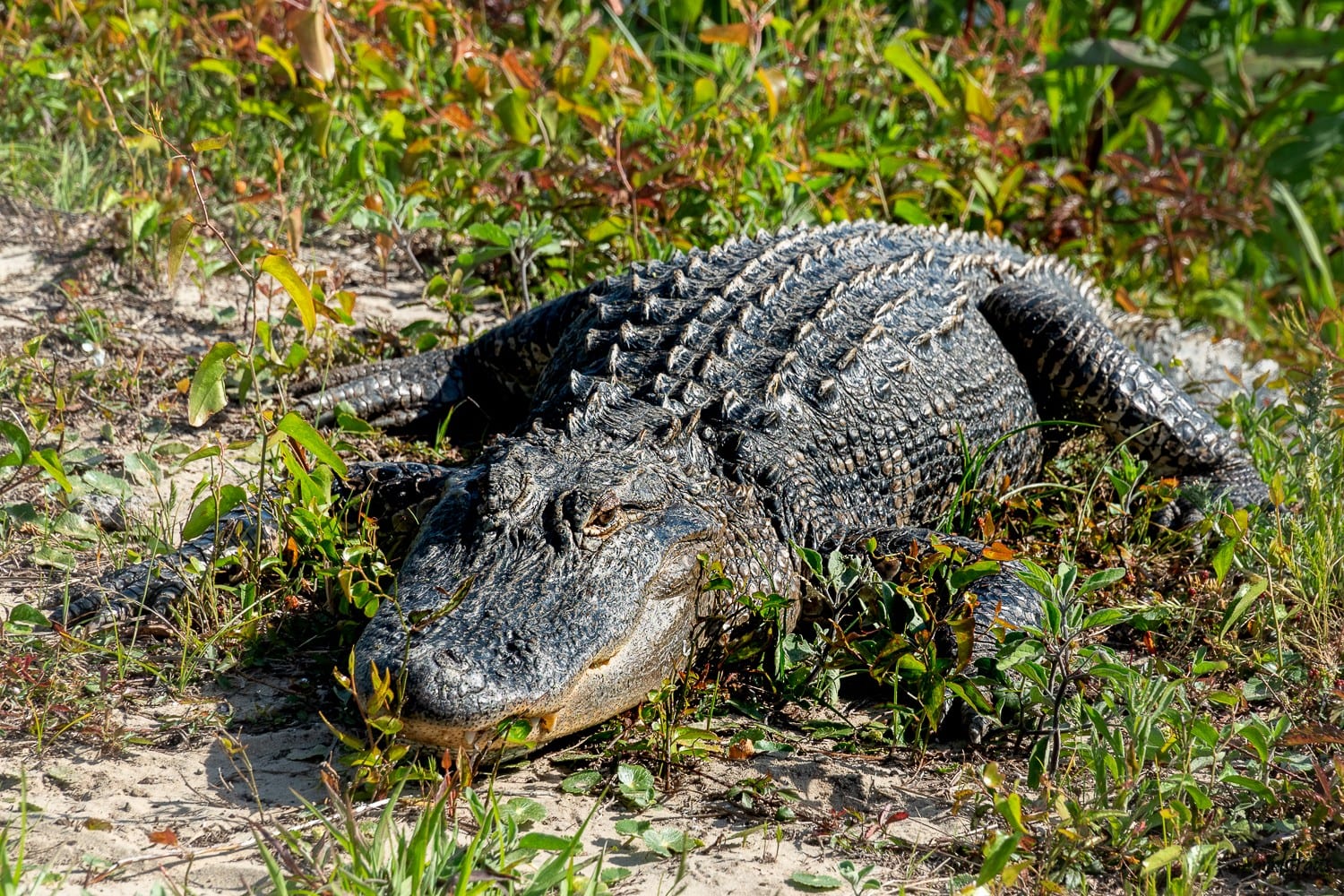 “A child’s world is fresh and new and beautiful, full of wonder and excitement. It is our misfortune that for most of us that clear-eyed vision, that true instinct for what is beautiful and awe-inspiring, is dimmed and even lost before we reach adulthood. If I had influence with the good fairy who is supposed to preside over the christening of all children, I should ask that her gift to each child in the world be a sense of wonder so indestructible that it would last throughout a life, as an unfailing antidote against the boredom and disenchantment of later years, the sterile preoccupation with things that are artificial, the alienation from the sources of our strength.

I first found Rachel Carson’s writings when I was a young person, an idealistic youth who loved nature, animals, and everything alive. While this post I wrote below started as a travel narrative, I encourage you to read it as a note on how important it is for our mental health to have an appreciation for something outside ourselves.

I had a long period as an adult that I felt uncomfortable in my own skin—a feeling of being alone, that something was off. The alienation we feel comes from the disconnect with what is right in front of us. Fortunately, I grew up with parents that taught me early in life about looking for wonder. Over time, I was able to heal myself, and I’ve always found nature to be a loyal ally in that regard.

My trip to Bulls Island was solo. Sure, there was a group of people that joined the same tour, but we were all strangers. Walking down the beach with the sun barely rising, I had solitude. Aside from the sound of the waves and birds, I had silence. I found magic in just discovering what nature wanted to show me.

More than ever, children today are so immersed in the unnatural — the devices, the apps — that they miss the sense of wonder in nature. I hope that if you know one of these kids, take them to places like Bulls Island. Let them explore. Help them find the wild side.

At first glance, Bulls Island appears to be a private and secluded paradise. And indeed, the beach stretches so wide at low tide, that walking at the water’s edge, you wouldn’t even notice someone else sifting for shells at the tide-line, much less hear them if they tried to talk to you. The sound of the surf masks the sound of the birds on the island, and the breeze carries briny salt air with no hints of city pollution. The thing that may best speak for Bulls Island is how much life there is, and when looking closer, how much there is to explore.

Bulls Island is the largest of the barrier islands that make up the Cape Romain National Wildlife Refuge (NWR) just 21 miles north of Charleston, South Carolina. Far from award-winning restaurants and quaint bed and breakfasts, the island is like the polar opposite of Charleston except for its charm. The only way to reach the island is by ferry or private boat, therefore limiting the number of people visiting. Aside from some occasional National Wildlife Refuge employees and volunteers that stay at The Dominick House built back in 1925 by a wealthy stockbroker, no one else is allowed to stay overnight. There are no other buildings on the island, no stores, no kiosks for directions.  For all of these reasons, Bulls Island is a great destination if you are seeking an adventure travel experience.

Getting to the island is half the fun. As the ferry navigates through the estuary’s tapestry of spartina-covered salt marshes, one of Coastal Expedition’s marine biologists alerts passengers to sightings of dolphins, loggerhead turtles and some of the 293 bird species that live or migrate through Cape Romain. The trip is about 30 minutes. Once on shore, there is a bathroom, but other than that, the island is undeveloped and raw.

Wandering down the beach, the wash of high tide during the night clears away the previous day’s human footprints. The ocean deposits a mishmash for discovery: shells, sand dollars, corals, sponges, spent horseshoe crabs, loggerhead turtle ribs, clumps of pluff mud, deer tracks, and broken segments of See Wee Indian pottery. If you look up from scouring the sands, you may witness a flight of pelicans trailing their leader in a rhythmic single-file wave. Look away from the open sea towards the island, and watch an orchestra of egrets, ibis, oystercatchers, skimmers, plovers, and terns performing turns above brush, palmettos, and pines.

Then you notice a shift. The subtle beginnings of Boneyard Beach come into view slowly. Hauntingly-gnarled polished smooth to a silvery-gray color, roots, and twisted branches of massive Live Oaks jut out of the sand. Some trees with the last bit of their tenacity, stand erect in the surf like giant driftwood. Barnacles attack old cedar remnants. For the imaginative, there are shapes and faces, topographical maps, and caverns carved in the trunks. With somber realization, you sense the pace of evolution as nature shows how quickly it has consumed this mile and a half of forest.

Though it is hard to leave the sandy beach, there is more to discover at Bulls. Several trails cut through the maritime forest. A thick canopy of live oak, palmetto, red cedar, juniper, wax myrtle, and other trees and shrubbery filters the trail from full sun, welcome in a humid climate. Along the trail, lacy wild fennel grows in the shade. For a punch of color, the yaupon holly shows off bright red berries that the native Indians used as both a tea and in rituals. This holly is the only caffeinated plant that grows naturally in the United States. The dense plant life masks sound. A scampering in the leaves captures your attention.  This island is crawling with life. Was it deer, bobcat, mink, lizard, snake, or a black fox squirrel crawling through the thicket?

Then the shade of the maritime forest opens. The trail leads to the top of a levee between fresh and brackish water ponds. At first glance, there appear to be several dirt piles on the dam. Moving closer, you realize, close to two dozen alligators are sunning, giving this trail the nickname, “Alligator Alley.” As they sense the approach, one by one, they slide stealthily, leaving only ripples in the black water. As you scan the lily pads and tall grasses, you see the submerged ridges of the alligators’ backs and slightly exposed nostrils and eyes of at least another half dozen. These intimidating looking reptiles have dodged extinction twice. Once through the dinosaur era and more recently, endangered until the efforts for protection and habitat preservation.

South Carolina’s Lowcountry on Bulls Island is home to many wild inhabitants in the Cape Romain National Wildlife Refuge.

After the shock of confronting such a dense concentration of alligators, the maritime forest once again provides a canopy and different world to wander. On the way back to the Garris Ferry landing, a small cemetery with a few untended and overgrown gravestones from the 1890s brings the human element to this island. What was it like to be a pioneer here? And further back, what was it like for pirates that supposedly dropped anchor and came ashore? What did the English Colonists who arrived by ship see here? What was it like for the See Wee Tribe to hunt this land? There is a sense of having been shipwrecked and stranded, with rescue on the way. But the experience is, fortunately, very similar to those from the past. South Carolina coastal land the way it was. Wilderness protected.

If you are planning a trip to Cape Romain for an adventure on the wild side, the following resources have information on options to get to the island by ferry or kayak. The National Wildlife Refuge also has information about the facilities, maps, and current conditions.

“…Those who dwell…among the beauties and mysteries of the earth are never alone or weary of life. Whatever the vexation or concerns of their personal lives, their thoughts can find paths that lead to inner contentment and to renewed excitement in living. Those who contemplate the beauty of the earth find reserves of strength that will endure as long as life lasts. There is symbolic as well as actual beauty in the migration of the birds, the ebb and flow of the tides, the folded bud ready for the spring. There is something infinitely healing in the repeated refrains of nature-the assurance that dawn comes after night, and spring after the winter.”

Ann Newman is an emerging photographer and writer based in Phoenix, Arizona, who sees the beauty in what might typically go unnoticed. Her images are close-up and semi-abstract to outright abstract, revealing intimacy and detail. Discovering the symbolism within the picture, she encourages others to be aware and appreciative of all the pure beauty around them.