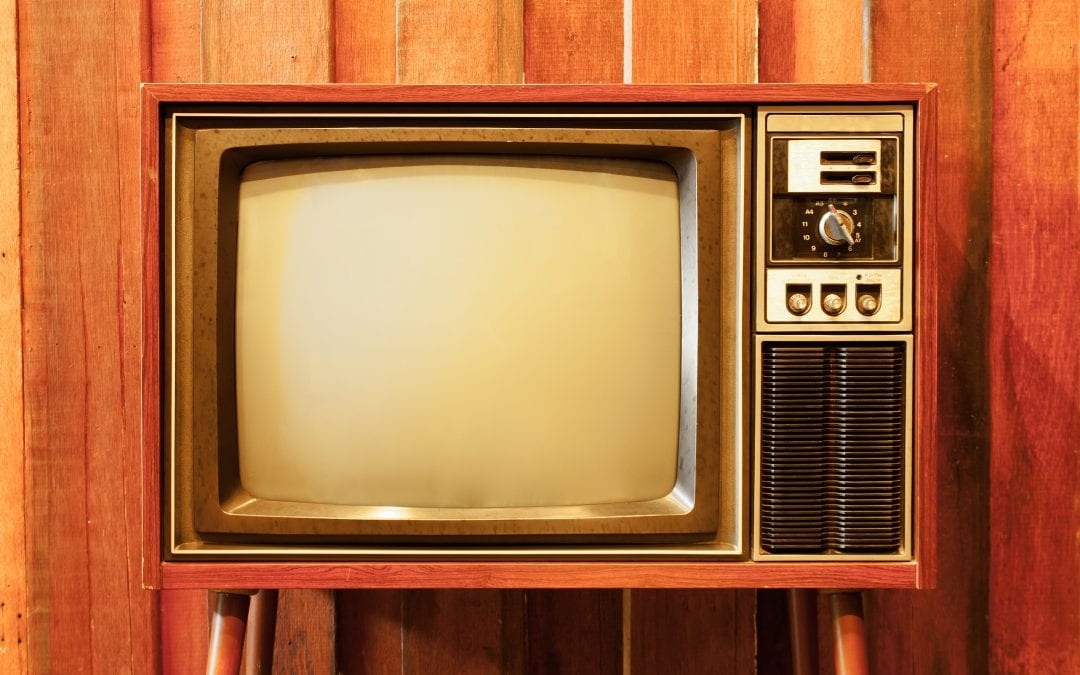 What do an autumn scene and squares of baking chocolates have in common?

Trying to come up with names for all the photos I take is a big feat. As I played around with titles for this micro-scene of fall aspens, I searched for the colors predominant in this photo. Yes, Baker’s Chocolate® came up over and over.

Baker’s Chocolate® reminds me of being eight years old. Every Saturday, I’d wake up by at least 6 a.m. While my parents and brother slept in, I was searching the kitchen pantry for cookies, trying to get away with something before I could be told “no.” One morning, I couldn’t find any packages of Oreo’s®, Ding Dongs®, or Ho-Ho’s®. However, I discovered a box of Baker’s Chocolate® resting next to the baking soda tin and baking powder box.

“Temptations” is the perfect title for these unsweetened squares of chocolate. Photo by Ann Newman.

What is Baker’s Chocolate® used for?

I unwrapped one chocolate square from its personal waxed paper envelope. Looking at it, the chocolate was rather chunky, which I interpreted to be a good thing. The square looked like the chocolate I loved. However, with one bite, my excitement melted to horror. Bitter doesn’t begin to describe the taste. 😵🤮

But that experience did open the door to experimenting with Baker’s Chocolate®. I began a child’s version of the Chopped® mystery basket. I combined whatever I could find: sugar, a melted square of Baker’s Chocolate®, butter, and oats.

A square of Baker's chocolate melts in a pan.

I left a telltale mess in the kitchen. I parked myself about six inches from the television screen, which might explain my current poor vision. Now I cringe thinking about what radiated from those early cathode ray tubes but also smile because they warmed the top of the TV, so our cats had a favorite place to nap. I’d turn the volume on as low as possible because the sound effects from cartoons, including crashes and bonks, were incredibly loud. Sitting in front of the TV on Saturday mornings in the 1970s was a ritual. This was the only time of the week kids could watch a few hours of cartoon magic. Because the selections were limited, we got what we got. If you weren’t from that era or earlier, you might not realize that we did not have a glut of channels to choose from. In fact, some TV stations were off the air at some point in the night hours leaving only a bar grid of colors on the screen.

Growing up in the 70s memories

An old vintage television against a wood paneled wall that reflects the '70s.

An old vintage television set from the ’70s, complete with a wood-paneled wall. Much like what I sat in front of, seated on olive-green sculptured carpet to watch 1970s kids TV. Image from Adobe Stock.

Cartoons of the 70s: Saturday Mornings

With my bowl of chocolate mush, I watched Wiley Coyote® get nailed by a variety of Acme building materials as Roadrunner® “beep beeped.” Growing up in Arizona, I’d never seen random anvils falling from cliffs, nor was any roadrunner larger than a coyote. Oh well. That’s a 1970s cartoon series for you.

I learned a lot about international cultures. Pepe Le Pew® was a fun french accent to mimic, and entirely oblivious to his unattractiveness. Mighty aggressive there, Pepe.  A forerunner to a few decades later when male aggression would take front and center stage in the media. Sorry to the French people. And ewww, the smell!

Then there was the ever so proper Canadian, Dudley Do-Right®. I apologize to our neighbors to the north that we thought of them riding horses backward and naming a dog, “dog” and a horse, “horse.” Pretty creative there, Dudley. And so polite!

Tucked into Rocky and Bullwinkle’s® adventures were Boris and Natasha’s Russian team, the Russian no-goodniks. That was the era of the Cold War, and only evil lived in Russia. Hmmm.  Sounds familiar, right?

Outside of culture, I loved an imaginative story. And Fractured Fairytales® delivered. I loved the irony of turning an old fairytale on its head. It’s the old school version of what “Wicked” did to “The Wizard of Oz.”

Lancelot Link and the Evolution Revolution.

Then there was the last show of the morning, the one that stole my heart. If my dad woke up early enough, we’d enjoy watching it, giggling together: Lancelot Link, Secret Chimp®. While it only aired for one season, it was, for its time, unique. Training chimpanzees to act, wearing suits, talking into the telephone, and dressed in elaborate costumes like humans. You’d have to be a frozen corpse if you didn’t laugh. The Evolution Revolution band of disco-dressed chimps banging on drums and playing guitar riffs under a shimmering disco ball created a new era in television programming, too. Since the creators had a hit song from the show, other TV shows scrambled to write music, and there began the trend for crossover musical hits from a TV show. Taking a page from Ed Sullivan’s show, Lancelot mouthed out, “It’ll be a really big shoe!”

Childhood Toys from the ’70s

A graphic of I love 70's with green and purple graphics.

Far out man! Can you dig it? Image from Adobe Stock.

Besides sugar and cartoons, getting up so early with no supervision meant I could consume a motherlode of commercials before anyone could monitor me. The assortment of toys became as much entertainment as the actual programming. Oh, if Baby Alive Doll® could be under the Christmas tree! She did everything disgusting a real baby would do. Can any mother imagine wanting to recreate that?

Then there was the Easy-Bake Oven®. Every girl in America wanted one. I wanted one. Cooking tiny cakes whenever you wanted: dreamland. But I never got one. My neighbors did, and I already spent a disproportionate part of my life at their house, so it was almost like having my own Easy-Bake®. We ran out of the little boxes of cake mixes, which I imagine were expensive for what they were, and then started baking things that should never have gone in there. 😱

How much are Barbie dolls from the 1970’s worth? I don’t want to know. I didn’t keep mine.😭 Image from Adobe Stock.

Barbie® — I cornered that market. I didn’t have a closet floor for years. By eminent domain, it became a dedicated Barbie neighborhood. My shoes got tossed into a corner. Bright Lights® — got them. Probably caused some foot trauma to my family when the little sharp light bulbs got lost in the carpet. Oops. I never received a Nerf® ball, though I thought they looked like a lot of fun. The early ’70s were still very gender-specific, and we wore dresses to school P.E. Boys got balls, girls got dolls. Period.

I dreamed of a Shrinky Dink® machine so I could color designs on plastic, cut them out, and bake them until they shrunk down. I loved coloring and I loved cutting out things. Boom. But that required the use of a real oven. A definite “no.”

How about an Incredible Edibles® machine where I could create edible candy bugs? I was buzzing with ideas for my Santa list in early September. Once my mother rose to turn on the percolator coffee pot, she didn’t seem as enthusiastic as I about all the great possibilities for my life.

What was it like growing up in the ’70s?

I recall how educators, psychologists, and activists warned of the ill effects of television on children. In fact, by 1972, the United States Surgeon General proclaimed that television violence was a public health concern. This modern contraption called television was ruining our society, they said. I wonder if “they” existed prior to the 70s? Anyway, cartoon stories alone had an abundance of physical brutality. For all that we blame social media for these days, we had the precursor right in our living rooms during the seventies. Personally, the other disheartening tendency is how much early television contributed to our materialism, and why we were called the “me generation.” I had the fever for more and now, but I’m glad my parents didn’t please my every whim. Every era in history has its share of positive and negative, and it’s how the human race grows. It’s interesting to see the parallels between times though.

Fast forward many years, happiness for me today is to be out enjoying an experience. A crisp fall day, the quiet of the woods, the curiosity of what might be hiding in the shadows. I am grateful for little scenes that jog memories—unexpected stories from a turning aspen grove. Having spent about ten days in the Crested Butte area of Colorado during the fall foliage season this year, I have a bounty of beautiful photos I am trying to process and get into a gallery for you to enjoy. I wanted to give you at least a taste of what is coming (below), so stay tuned (television humor). Be sure to sign up below to receive an alert as soon as I post those gorgeous fall foliage shots. And if you liked this post, I think you’d like this silly one.

An unsweetened square of Baker's chocolate melts into chili.

Chocolate in chili? Trust me, as long as you use unsweetened chocolate, it’s great. Photo and dinner by Ann Newman.

Thanks for reading my growing up in the ’70s memories. As a bonus for getting this far, I give you a recipe tip. This is much like the original photo I started with and my post today. They may seem unrelated, but take a leap of faith with me. Yes, it involves Baker’s Chocolate®. Next batch of chili (you read that right, chili) add one square of unsweetened Baker’s Chocolate®, stir until it melts, and serve. Trust me; it won’t taste like chocolate; it gives an earthy richness that will be your new secret ingredient. After all, I’ve been experimenting with Baker’s Chocolate® for quite some time. 😉

What’s next? A Preview of Fall Colors in Crested Butte, Colorado